History of the Property

From Home of the Highlanders to a new Community Center 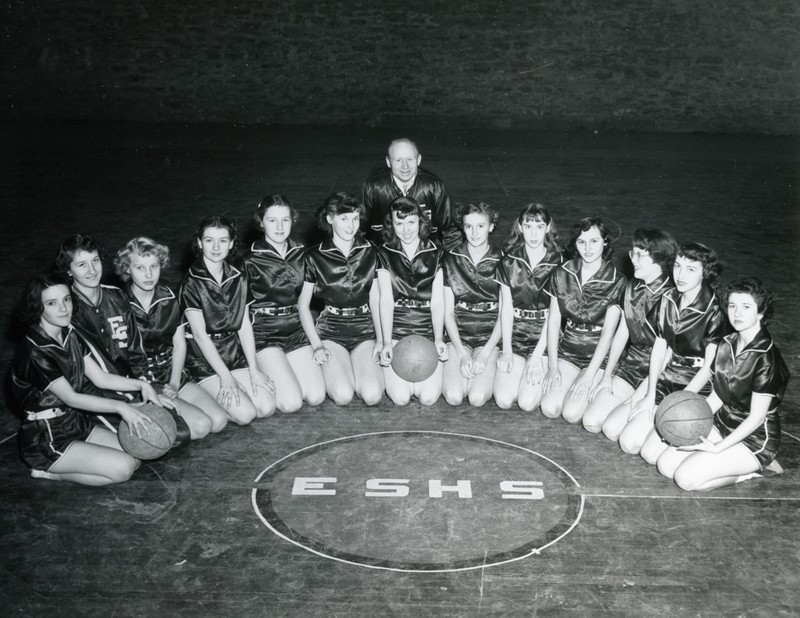 In 1951, the Eureka Springs School District built a contemporary school – “the Home of the Highlanders” - on Kingshighway vacating the W.H. Reid Public School, built in 1892, and welcomed students in all grade levels. This building was located on what is now the Eureka Springs Community Center Campus.

The high school building was the first of its kind -- called a Maximlite -- designed by Fayetteville architect T. Ewing Shelton. It served as the prototype for more than 50 schools built in 20 states and Canada. In Maximlite schools, walls made partially of glass blocks allowed natural light into the building and made the building cheaper to construct. But the glass blocks sometimes created a bright glare and heat inside the buildings, and they weren't energy efficient.

Soon, the student population outgrew the 24,096 sq. ft main building and a 29,195 sq. ft gym, cafeteria, and music room building were constructed. When more classrooms were needed and a third building, this one at 13,471 sq. ft, was added to the campus.

With a leaky flat roof, asbestos floor tiles, energy-inefficient glass block construction, and general neglect and decay of the Maximlite structure, the Eureka Springs School District determined that the damage was too extensive and received permission in June 2015 from the Eureka Springs Historic District Commission to demolish the structure. 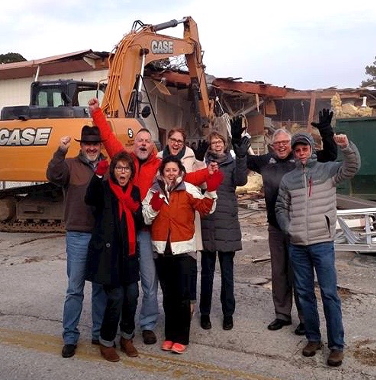 The building was demolished in January 2016. While the environmentally unsound eyesore is not missed by many, it is somewhat bittersweet for the hundreds of Highlanders who graduated from the old school. There is little doubt, though, that all left the school with countless stories and vivid memories to share with their children and grandchildren keeping the collective memory of the old high school alive.

Many of the original glass blocks were salvaged, refurbished, and given as commemorative items to donors funding the Community Center. Now in the building's place, there is an open field for activities and large gravel area used by the Eureka Springs Farmers Market and other organizations for outdoor events and gatherings.